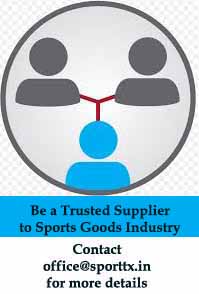 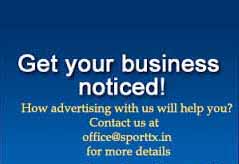 The sports goods industry in India is nearly a century old and has flourished due to the skills of its workforce. Being labour-intensive in nature, the industry provides employment to more than 500,000 people. The nucleus of this industry in India is in and around the states of Punjab and Uttar Pradesh.

In 2014–15, the UK, the US, the UAE, Australia, South Africa and Germany were the major export markets for Indian sports goods. France, Poland, the Netherlands, Canada, Belgium, New Zealand and Italy, were among other export destinations.

India has emerged as the leading exporter of inflatable balls and other sports goods to international brands such as Mitre, Lotto, Umbro and Wilson.

India’s share of the global sports goods export market is expected to grow manifold, with the country establishing the credibility of its goods in the international market. Indian sporting goods are well known around the world and have made a mark in the global sports goods market. The industry exports nearly 60 per cent of its total output to sports-loving people the world over.

The most interesting factor is that the land of Sports Engineering, United Kingdom is the major importer of Indian sports goods. It shows India’s ability to grow as a sporting super power.

The sports goods industry in India has witnessed a phenomenal growth over the past five decades and now occupies a place of prominence in the Indian economy in view of its massive potential for employment, growth and export. There has been an increasing emphasis on its planned development, aimed at optimal utilisation of resources for maximising the returns, particularly from exports. Most of India's sports goods are exported to all over the world.